Today is the start of Operation Sceptre – a nationwide week of action – to tackle knife crime and serious violence.

The aim of the operation is to remove dangerous weapons from the streets, reduce knife crime and raise awareness of the dangers and consequences of carrying a knife.

We are encouraging members of the public to use amnesty bins to safely and anonymously dispose of knives at police stations across Gwent without fear of prosecution.

Knife amnesty bins have been placed at the following police stations and times in Gwent:

They will be in place during the week of activity which runs from April 26 to May 2.

For safety reasons, people looking to deposit weapons are asked to store them safely when transporting them.

Knife crime remains rare for the majority of our communities, but it has risen nationally and as a force, we are no exception to that. As these sorts of crimes are becoming more high profile, the concern from our communities grows, and so we would like to reassure the public that we are committed to keeping our communities safe.

There are a number of ways that we are addressing knife crime in Gwent, including continuing to run operations such as Op Sceptre which focuses on removing knives from our streets. As part of daily policing, our officers conduct intelligence lead stop-search powers to target those who may commit violent crime.

Alongside this national week of action, we are continuing to address knife crime as part of our daily policing with officers conducting intelligence lead stop-searches to deter those who may believe that carrying a knife is a sensible option.

I want to reassure communities that anyone caught carrying a knife, no matter the reason, we will stop them, search them, seize the weapon and deal with them proportionally through the criminal justice system. Every knife taken off the streets is another life potentially saved.

If anyone has any information about individuals involved in knife crime or has any concerns, please call Gwent police on 101 or direct message us via Facebook or Twitter. Alternatively, you can call Crimestoppers anonymously on 0800 555 111. In an emergency always dial 999. 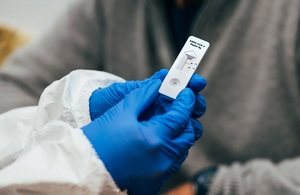